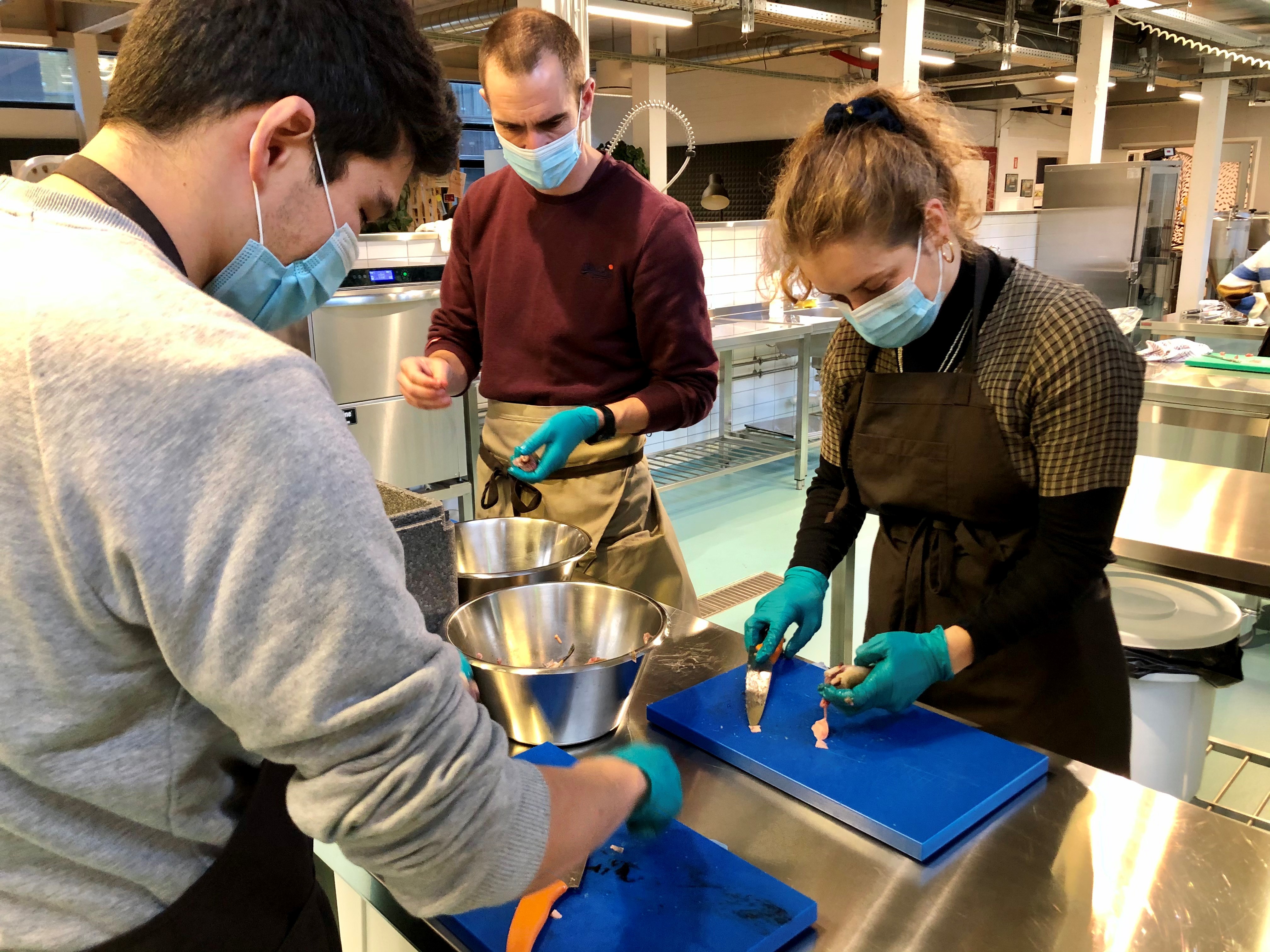 Investigate the feasibility of canning and autoclaving invasive species, especially the round goby. Produce a quality product that Fiskeslagteren would like to incorporate into their business.

Invasive species create issues in oceans around the world and have been a rising problem globally. When a species has moved from a natural habitat to another and has a negative impact on other species, it is considered an invasive species. Negative impacts can include effects on habitat biodiversity.

Examples of invasive species in Danish waters include the round goby (Neogobius melanostomus) and the pacific oyster (Crassotrea gigas). The round goby, an especially interesting species, was detected in the Baltic sea in 1990 and has increased its population in the last ten years. In 2008, the round goby entered into Danish waters and has since spread to coastal areas in south east Denmark.

Developing a targeted fishery focused on the round goby exists as one approach to reducing the population of round goby. However, at the moment, no known fisheries actively fishes for the round goby species.

In developing our solution, we explore making the round goby appealing for human consumption and therefore, create a market driver for fisheries to actively fish for the species.

It's clear however, that in order for this structure to be a success, the product developed from the round goby must be tasty and interesting for the consumer.

After investigating various processing techniques and market factors, we have landed on canning the round goby as a way to build flavor and sustainability into our product.

Incorporating a story to the product that tells the consumers, that they can have a positive impact on the environment by consuming an invasive species, will provide a strong marketing ground for the product. The round goby has a very interesting story to tell the consumers regarding the sustainability of the product.

Another point that can be added to the story telling is the local fishing. Popularity for eating local products have increased in the recent years and more popular canned fish products such as tuna, may not be considered as a sustainable product among consumers [COOP].

Our target audience is those aged 25-45, middle-class or upper middle-class, who can afford to spend 40 kr on a can of fish. The target audience would possibly live in a big city and have a fundamental gastronomical interest. Another target group could be restaurants, who can serves the canned fish as a appetizer or starter together with some sourdough bread, a lemon and a glass of wine.

For the processing of the marine species, the squid, oysters and round gobys were recieved, cleaned and prepped. A smoking process was implemented before the canning step, primarily to produce a smoky flavour using a Bradley digital smoker model 990216 (from DTU Skylab FoodLab) with oak briquettes in.

Hereafter the cans were autoclaved up to 121.1 C using an autoclave at DTU. The autoclave in the experiment was built by engineers at the Technical University of Denmark using a drum tank produced by Hammerum Stainless A/S in 2004.

With an increasing demand for canned fish products and products with a strong story line among the young generation, round goby has greatest potential to be introduced to the European market. Reducing invasive species by turning them into food and thereby saving biodiversity in ocean is considered to have a strong story telling.

This study further showed challenges with the processing of the round goby and the sustainability evidence regarding the canning production. Preference test showed positive results regarding the taste of round goby, but further improvement for the filling taste were found necessary.

Moreover, the bones showed to be an issue for the product. A solution to this, could be to dry brine the fish prior to autoclaving softening the bones. Further research on the canning procedure is advised to investigate the use of alternative cans such as tin or glass. Furthermore, an alternative oil is suggested.

The process time for canning oysters were long, had low yield and the final product had shrunk in size and was therefore not further developed.

On the other hand, the squid had higher yield through the initial processing, could be sourced all year round and had interesting properties and flavours after autoclavation.